TORONTO, ON / ACCESSWIRE / January 24, 2023 / Amaroq Minerals Ltd. (AIM:AMRQ)(TSXV:AMRQ)(NASDAQ:AMRQ), an independent mine development company with a substantial land package of gold and strategic mineral assets covering an area of 7,866.85 km2 in South Greenland, provides details of its 2022 Kobberminebugt project exploration programme.

"The Company continues to further its strategic metals projects, building upon the mineral potential of South Greenland. These results indicate significant copper mineralisation to the western end of the emerging mineral belt which Amaroq is exploring. Kobberminebugt's high grade nature is unsurprising given the historic small-scale mining in the area, and our team is now working closely to identify extensions and additional mineralised bodies to build a large exploration target through our future field programme. I look forward to presenting further positive results on this in the near future."

References to our accompanying presentation on the Kobberminebugt results on the website by clicking the link below: https://www.amaroqminerals.com/investors/presentations/

Amaroq acquired the licence covering these occurrences in the summer of 2021, following the conclusion of its mineral system modelling of South Greenland. The exploration conducted across the licence in 2022 consisted of early-stage geological reconnaissance of the metavolcanic/granite contact zones at Josva and up to 40km along strike of the Kobberminebugt shear zone. This work included detailed drone surveying of the outcropping mineralisation at Josva at surface and within the historic adit system. The aim of this programme was to confirm the presence and style of the mineralisation, assess its potential to host a mineral resource through extensions of the historical mine and in multiple bodies along strike and review the most suitable way to generate targets across this licence block in 2023. 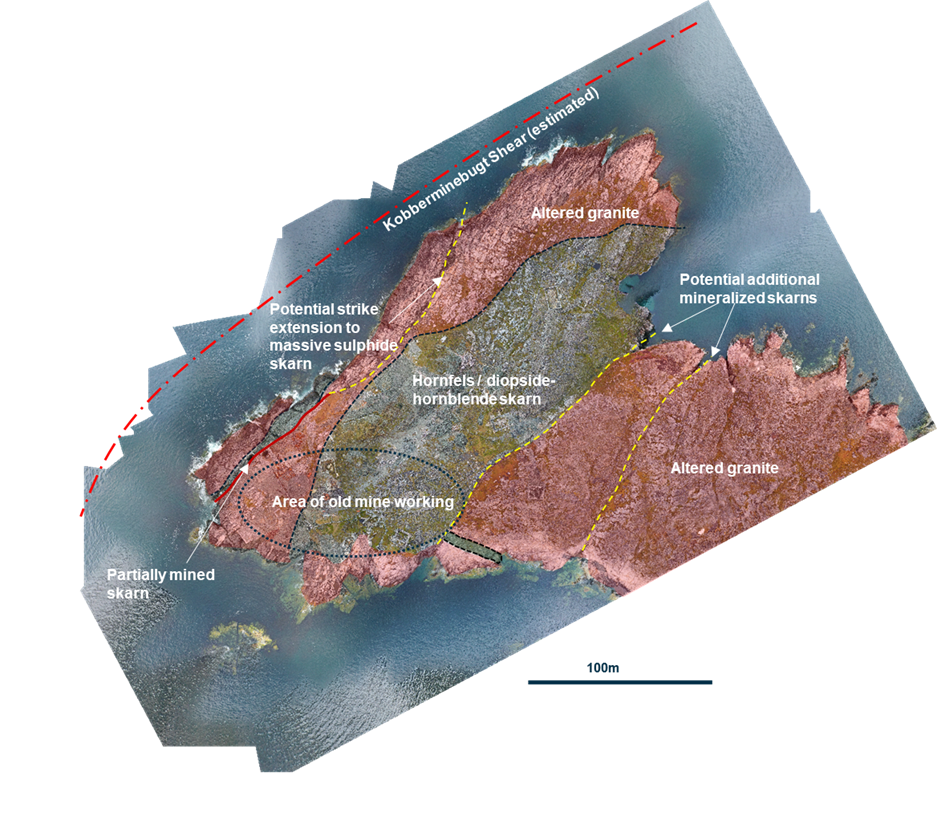 Figure 1. Extract of drone survey conducted across the Josva mine mineralisation zone

Samples of these vein systems returned up to 4.2% Cu over 2.5m including 11.6% Cu over 50cm. Minor gold and silver grades were also reported. 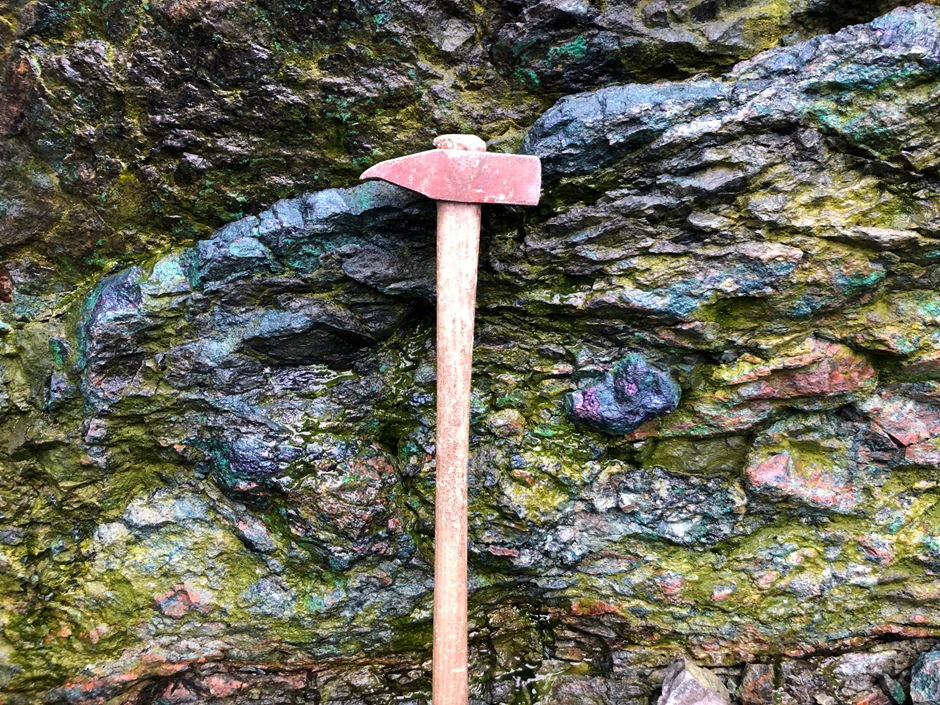 The Amaroq geology team is now confident in the skarn origin to this mineralisation at Kobberminebugt which opens up the potential for multiple mineralised skarns along the granite contact zone which extends ~40km to the northeast and in a further ~35km contact zone in the north of the licence. This highlights the copper potential of this area of the South Greenland copper belt. Further, from assessing the attitude of the surface mineralisation at Josva, the team believes there is potential that this narrow mineralisation style could open up at depth or along strike, indicating mine scale tonnages.

It is hypothesised these skarns formed late in the orogenic sequence that saw the subduction of material below the Archean craton to the North. These regions along the final suture zone are considered particularly prospective for Iron Oxide, Copper, Gold (IOCG) mineralisation and related hydrothermal and magmatic mineralisation styles.

Amaroq intends to follow this exploration with a detailed assessment in 2023 of the skarn geometry and minerology, and plans to generate targets at depth at Josva and along strike of the skarn contact zones and Kobberminebugt shear system through commissioning a detailed airborne geophysical programme utilising a similar system to that successfully employed across the Company's other Greenland assets.

The Kobberminebugt licence covers a coastal area in South-Western Greenland, 25km southwest of Arsuk. The terrain is flat undulating and affords excellent exposure of interbedded metavolcanics, metasedimentary and pyroclastic rocks of the Ilordleq Group exposed along the extent of the Kobberminebugt shear zone, a regionally significant feature. These rocks have been mineralised during the intrusion of a large granite system (the Julianehåb complex) that are late Paleoproterozoic (Ketilidian) in age, and therefore temporally related to the mineralisation observed and reported on within the Company's Sava and North Sava projects over 120km to the East. As with Sava, this area is also spatially related, and possible further mineralised by, Gardar intrusions such as those that host the Kvanefjeld and Tanbreez rare earth development projects; it is however important to note that no elevated uranium has thus far been recorded. As such Amaroq considers that the Kobberminebugt licence forms the western extent of an emerging copper district located along the Gardar - Voisey's Bay Fault Zone that straddles Eastern Canada and South Greenland.

Narrow vein hosted high grade copper mineralisation was exploited at the Josva mine, which was operated by Grønlands Minedrift Aktieselskab between 1853-1855 and 1905-1914. It is estimated that ~91 metric tons of copper as well as small amounts of gold (16oz) and silver (1,600oz) were extracted from 2200 tons of ore that was smelted on the site. 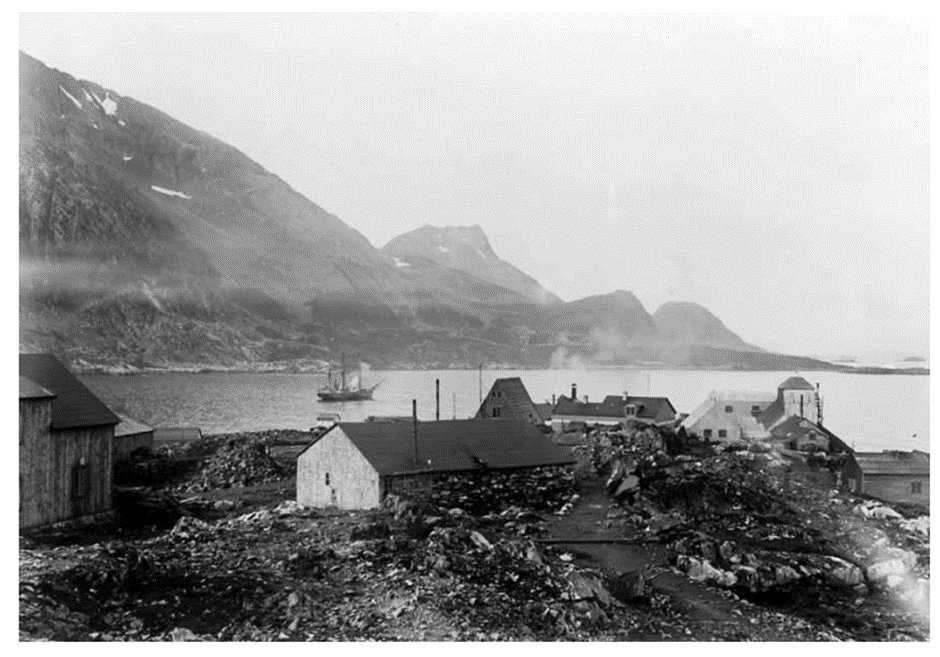 Figure 3. Historical image of the past producing Josva copper mine, circa 1906

Amaroq Minerals' principal business objectives are the identification, acquisition, exploration, and development of gold and strategic metal properties in Greenland. The Company's principal asset is a 100% interest in the Nalunaq Project, an advanced exploration stage property with an exploitation license including the previously operating Nalunaq gold mine. The Corporation has a portfolio of gold and strategic metal assets covering 7,866.85km2, the largest mineral portfolio in Southern Greenland covering the two known gold belts in the region. Amaroq Minerals is incorporated under the Canada Business Corporations Act and wholly owns Nalunaq A/S, incorporated under the Greenland Public Companies Act.

The technical information presented in this press release has been approved by James Gilbertson CGeol, VP Exploration for Amaroq Minerals and a Chartered Geologist with the Geological Society of London, and as such a Qualified Person as defined by NI 43-101.

Conditional Awards under RSU Plan and Award of Stock Options

Director/PDMR Shareholding - Notification of Transactions of...

Director/PDMR Shareholding - Notification of Transactions of...